Dr. Maria Montessori was the creator of what is called “The Montessori Method of Education,” which was based on her scientific observations of young children. She was among the first women physicians to graduate from the University of Rome, Italy in the late 1800’s. She became involved with education as a doctor treating children with developmental disabilities.  In 1907, she was invited to open a childcare center for poor children from the slums of San Lorenzo. She was then challenged to open a school for non-mentally challenged children.  This school became known as Casa Dei Bambini or the Children's House. This experience is where the Montessori Philosophy that exists today came to be. She began to develop materials that enhanced the children's individual learning styles. Montessori began observing episodes of deep concentration, repetitions of activity, and a sensitivity to order in the environment. The children displayed more interest in Practical activities and materials she designed by giving free choice of activities.  She expanded the range of practical activities such as sweeping, mopping and personal care to include a wide variety of exercises for care of the environment and the self, including flower arranging, hand washing, care of pets, and cooking. The children enjoyed the freedom of independence they often ignored toys that were provided, and chose the Practical Life activities. Over time, she began to notice self-discipline emerge within the children.

The philosophy spread throughout the years. Today her ideas flourish in thousands of Montessori schools around the world. 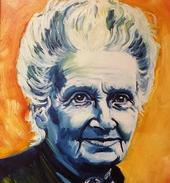 “The work of the teacher is that of a guide.”

Maria Montessori, The Discovery of the Child 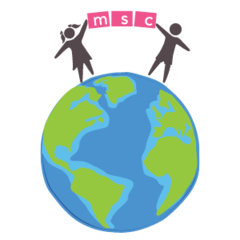 Where exploration fosters a love of learning